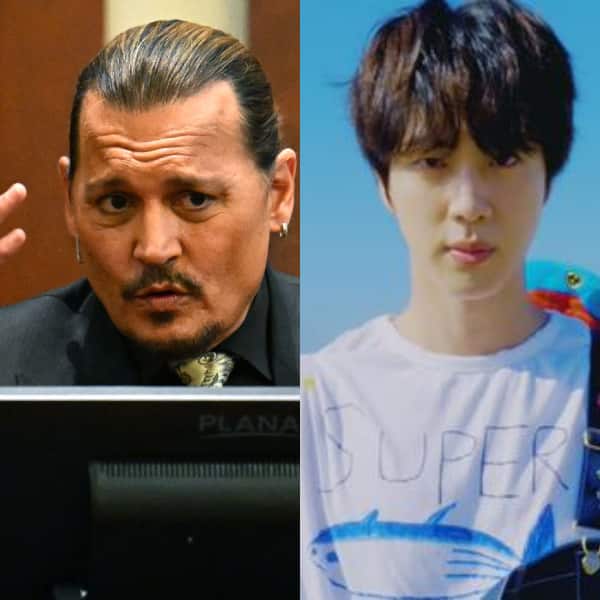 It’s time to take a quick recap of all the big updates from Hollywood. Johnny Depp and Amber Heard’s defamation case is ruling the headlines these days. Currently, the trial is on hold as the judge attends a conference. Meanwhile, here’s what Johnny Depp is upto. Apart from this, BTS member Jin also hit headlines as he sort off made a comeback to Instagram post the Permission To Dance on Stage Las Vegas concert. So without any further ado, here’s looking at all the dope straight from Hollywood. Also Read – Trending Hollywood News Today: Amber Heard-Johnny Depp ‘putting on an act in court’; BTS’ Jungkook’s Stay Alive achieves new milestone and more

Currently, the trial in Johnny Depp and Amber Heard case is on hold. It is expected to resume on May 16. Amidst this, a report in HollywoodLife claims that the Pirates of the Caribbean star has flown off to the UK. A source revealed to the portal, “It’s been really refreshing for Johnny because it’s given him some personal space away from all the media attention surrounding the case. Johnny appreciates that he can go through town along the south coast and walk along the street virtually unnoticed. He’s using this week to re-energize for the next phase of the trial.” He is holding jam sessions with friends, says report. Also Read – Johnny Depp-Amber Heard court case: Black Mass star has chosen ‘simpler act’; Aquaman 2 actress has ‘calculated strategy’ – observes body language expert

After the Permission To Dance on Stage concert in Las Vegas, BTS member Jin had kept a low profile and barely shared any update on his Instagram account. But now it seems he is back to entertain his fans. The member shared some pictures on his account and also engaged in chat with other members on different platforms.

Rapper and Kylie Jenner’s boyfriend Travis Scott has been reportedly sued by Astroworld attendee claiming that the concert tragedy led to her pregnancy loss. As per Entertainment Tonight, a woman named Shanazia Williamson is suing the rapper stating that she was among the masses “trampled and crushed” at the 2021 music festival in Houston and due to the mismanagement, she lost her unborn.

As reported by Page Six, in the latest episode of The Kardashian, beauty moghul Kim Kardashian showered praises on her boyfriend Pete Davidson. She said, “He is ruly the sweetest, nicest human being on the planet.” Aww…

As per the latest reports, Zara Phythian, a martial arts expert who appeared in Benedict Cumberbatch’s film Doctor Strange has been arrested along with her husband after she was found guilt of sexuallt abusing a 13-year-old child. It is reported that the abuse went on till the time the child turned 18.