The former model said she found it hard to understand why Coleen Rooney was so upset by trivial stories allegedly leaked by her former friend – but Becky just wants to “clear her name”.

Speaking on Good Morning Britain, Nicola, married to footballer Tom Williams, said: “It’s common practice among the celeb industry to leak stories. So many people do it.

“I think I found it quite hard to understand [why Coleen was so upset].

“The stories Coleen seemingly has a problem really didn’t seem like a big deal.

“But I suppose Coleen she is a very family-orientated woman. 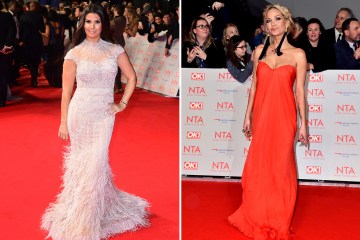 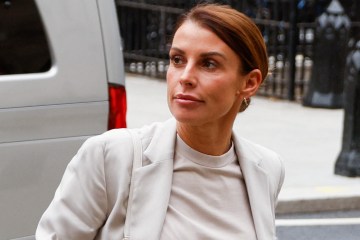 “She used to quite public but she has been private for a long time and when she took to the stand on Friday she said that at this time, things weren’t going well in her personal life and it just felt really personal that someone close to her was doing it.”

Nicola went on to say that all Becky wants to do with her High Court libel battle is “clear her name” as she is adamant it wasn’t her who was sharing private information about Coleen to the press.

“She wants to clear her name,” Nicola said.

“It matters to her because she is categorically telling us she didn’t.”

And defending her further, she added: “I’m not here to be solely team Becky, but Coleen put that statement out and Rebekah was pregnant.

“I saw all the awful messages to her and I saw how much she was struggling mentally.

“She thought she was going to lose the baby at one point.

“That part of her pregnancy and the newborn stage, she lost.

“And Coleen has lost because she doesn’t want her marriage dragged up again.

“They’re both already losing, but I really understand why they want the truth.”

The school security industry is valued at $3.1 billion. Here's why that may…