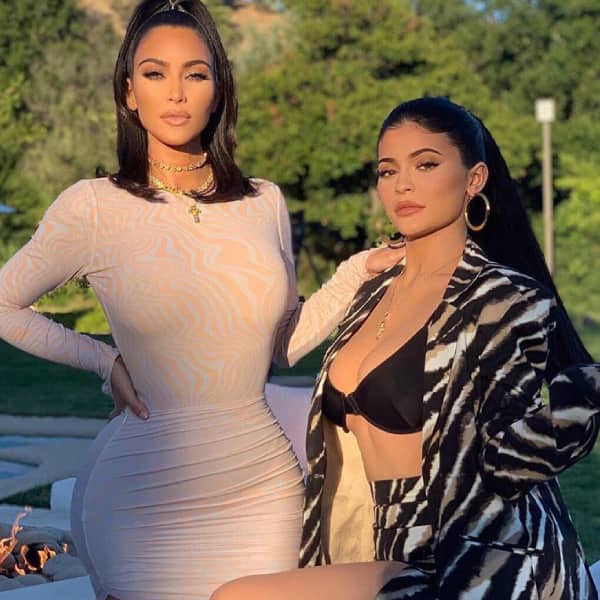 There is a lot of mystery around Kylie Jenner and Travis Scott’s son’s name. Earlier, the couple had named their baby boy Wolf, however, Kylie surprised all when she stated that that’s not his name anymore. In an Instagram post, she wrote, “FYI our son’s name isn’t Wolf anymore,” further adding, “We just really didn’t feel like it was him. Just wanted to share because I keep seeing Wolf everywhere.” Ever since then fans are wondering about the name of their baby. Well, sister Kim Kardashian has shared an update on the same. Also Read – Trending TV News Today: Debina Bonerjee-Gurmeet Choudhary reveal name of their baby girl, Tejasswi Prakash-Karan Kundrra’s loved-up picture steal hearts and more

In a latest interview, Kim Kardashian stated that Kylie Jenner is still struggling to choose the name of her baby. She asserted that naming a baby is a big decision and Kylie is finding it difficult to choose one. On Kelly & Ryan’s show, Kim Kardashian was asked about the same and she said, “There’s one name lingering but she really wants to make sure.” She then went on to add, “It’s the hardest thing ever in life is to name a child.”

Kim Kardashian then shared her experience of naming her kids. “I personally … when I had my kids, I didn’t name them until they were born. You really want to see what they look like,” she said. But then she questioned how people cannot be prepared for it despite having nine months of time. Kim said, “And I always … when I would hear people do that, I would say, ‘How do you not be prepared for that? You have nine months to think about this.’ But no matter what it’s just the hardest decision ever.” Also Read – KGF Chapter 3 has begun! EP Karthik Gowda CONFIRMS the next instalment of Yash starrer